I was rubbing her soft downy hair, hoping she would return to me and scared to death she wouldn’t. She’d been beaten, hurt, and she was controlled by alcohol, trying to pretend she wasn’t really damaged. “Go to hell,” I heard her say to Steve this morning, “You don’t control me.” I knew she was a rebellious one and I never understood why she let alcohol control her, or why she let my stepfather beat her.

She said to Steve “Sure, take the kids, I don’t care. I will stop when I want to stop and that is that.” I knew that term in her vocabulary, too. “That is that” means it is over, there is no room for argument, nothing you can say will change anything. I wished I was wrong.

I was sitting on the bare wood living room floor in our mildewed house in Gilroy. We were way out of town on Day Road. At eleven years old I don’t know where really. Mrs. Phelapelly drives the bus that takes all five of us kids to school, and mom takes us to the laundromat in town five miles away.

My eleven year old heart hears my mother say we, us kids, I, don’t matter to her. I think she’s not in her right mind because I know she doesn’t really mean that.

I saw what he said this morning for what it was. He was trying to manipulate her, he could never be trusted, ever. I knew he didn’t want us. He never showed any feelings for any of us, never.

He had asked her to stop drinking, like he stopped this past week, delirium tremens and all, and she said “No.” He demanded, “If you don’t stop, I’m taking all the kids with me, mine and yours. You’ll be left all alone if you don’t stop.”  You heard what she said after that, just like me, and I still don’t want to believe.

He fancied himself a country western singer. Granted, he could play guitar, and he often did, either at home or at a local bar, so I’ve heard. Sometimes he would corner me when he was drunk. He’d take out his guitar and back me into a corner, or at least it felt like that.

He sang in a croaky voice, big bulgy red wet lips spitting at me, long green teeth sparsely filling his mouth. I never knew where to look. Should I pretend interest or entertainment, or could I slink away somehow, I wondered? In the end I just stood there, kind shiny blue eyes, dimples forced into skinny pale cheeks, feeling trapped, nowhere to escape.

I was sitting on the bare wood living room floor and she was lying on the sofa, passed out. It was about 2:00 in the afternoon on a Sunday. I was stroking her fine baby hair, her Finnish baby hair. A lot of it was gone because he pulled it out. She could still make it look good if she really tried, and she did. Just like she did when she covered up the black eyes and cigarette burns.

That’s why it didn’t make any sense. How could she give us up, the only ones who loved her? But, I guess it really did when I think about it. Maybe she wasn’t saying she wanted him to take us and go away, she just didn’t know how to tell him to go away. 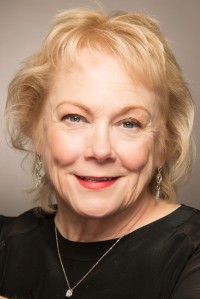 I’m Nona Grancell and I am excited to share my writings with you.